In Alaska this week, breakup arrived in full force. For people who live Outside (as in “not in Alaska”), breakup is our equivalent of spring. Don’t picture crocuses, cherry blossoms, and a gentle, warm breeze. Instead think mud, slush, rain mixed with snow, the first hatch of mosquitoes, and huge blocks of ice floating down the rivers.

While it might sound like a great way to kick off the weekend, hitching a ride on one of those giant ice cubes could apparently land you in jail.

And for the gambling types, you missed your chance to bet on when the ice would go out on the Tanana River. The winners took home thousands of dollars … from the losers.

Through a more pastoral lens, breakup also brings millions of migratory birds back home to Alaska, because of course this is home. Sandhill cranes, snow geese, mallard ducks, and many other species are gathering in local farmers’ fields. And soon, the breeding pair of swans will return to our nearby lake. 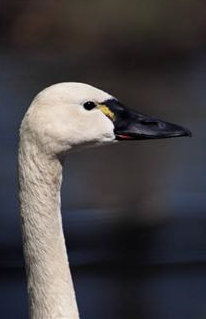 In bookish news, I confess that over the past couple of years I have become somewhat of a blog hound. Here are some of my favorite finds:

I just read BLOOD, BONES & BUTTER by Gabrielle Hamilton, a chef who has a restaurant in New York City. I don’t read a lot of memoirs, but it seems that when I do, they are often of the chef variety. I loved Julia Child’s MY LIFE IN FRANCE, but BLOOD, BONES & BUTTER offers a very different, gritty and unsentimental view.

One of my favorite scenes in Hamilton’s book is when she tells of her father’s annual lamb roast. She describes the night as being filled with fireflies and laughter, and the lamb meat being roasted with olive oil, crushed rosemary and garlic. It called to my mind a somewhat similar gathering from my own childhood. Except we weren’t in Pennsylvania, but rather Alaska, and our meat du jour was not lamb.

One summer when I was about 6 or 7 years old, a black bear prowled our neighborhood. We lived along a gravel road in an area many people would call rural, but by Alaskan standards was nearly the suburbs. The bear was spotted by several people up and down the road, so my dad went on foot in search of it. In the middle of the day, I stepped out on the porch to see a lanky, dark animal dart past. I thought it was a dog, but my mom said it was the bear. Later that same day, my dad shot the bear out of a tree.

That night, everyone gathered around a campfire and ate roasted bear meat. It was an Alaskan summer, so never truly dark. The sky was the faded blue of twilight, but the forest around the houses was shadowy. I remember swinging in a hammock, just outside of the campfire light, and eating a hunk of roasted bear meat sandwiched in a dinner roll. The meat was warm, scented with wood smoke, and slathered in barbeque sauce. It had a coarser texture that beef, but was tender in my mouth. I remember thinking it was the best thing I had ever tasted in my life.

The adults stood at the fire, drinking and talking. I finished my bear meat, and then lay back in the hammock to look up through the spruce boughs. I was at the cool night’s edge of fire light and darkness, safety and danger. It is an exhilarating memory, and one that is intertwined with the taste and smell of that bear meat.

They say that scent is one of the strongest triggers of memory. But I think taste, too, can be incredibly evocative.

I’d love to hear about your food memories.