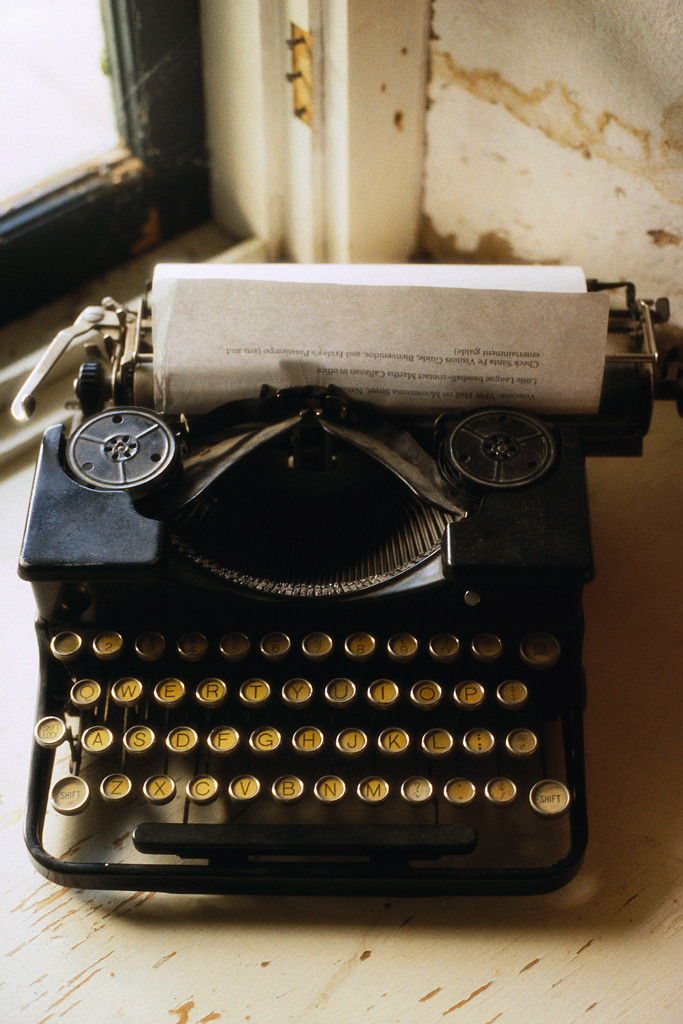 As a part of a recent grant application, I had to come up with an artist’s statement. I decided I couldn’t do it. I’m not an artist. I’m a writer. A former newspaper reporter turned novelist. And even if I were to imagine myself an artist, what kind of statement am I trying to make? More importantly, what exactly IS an artist’s statement?

As is often the case when I want to avoid writing, I turned to Google. This was one of the first references that came up …

“Why do I have to write an artist statement? It’s stupid. If I wanted to write to express myself I would have been a writer.”

But I was serious about the grant application, so I contemplated and typed and deleted and started over again. As I worked on it, I considered my roots. I come from two families of readers and writers. My husband joked when we were dating in high school that our house was like a library. When my parents did turn on the TV, we all read books and magazines even as we eyed the program occasionally.

So maybe my brain was preset to love the written word. My mom is a poet. Perhaps I inherited her ear for language, or maybe she taught me as she read me stories and poems.

Eventually I came up with a single page that described where I had been and where I hoped to go with my writing, with my art. And I ended with two sentences that felt right:

“As a writer, this is where I find the joy – in the work. I want to weave stories and sculpt characters. I want to put the world of my mind to the page, and invite others to inhabit it.”

It is true, and concise. My own statement as an artist.

Then this last week I stumbled for the first time across a friend’s blog, appropriately called Scribbler’s Quest. And what Morgan Hale said rang very true.

“The fact is, if you call yourself a writer it’s because you quite simply don’t have a choice … nobody would willingly choose this kind of life. You spend years, working on something that sometimes you’re the only one who sees. You get very little support, and sometimes you’re outright told to do something “real” with your life. You have to work, very hard, for hours at a time, for no pay and with no promise of ever getting paid.”

Now there’s a true artist statement. I write because I have to. Because it’s who I am. Sometimes it’s hard, even frightening. Often it leaves me lonely and unsure. And every once in a while it offers a jolt of pure joy. Much like life.

This week in Barrow, Alaska, the sun will rise one last time and not go down again until August. Twenty-four hours of daylight, all summer long.

We live hundreds of miles south of Barrow, but even here in Southcentral Alaska, the days are growing long. Last night the sun didn’t set until 10:30 p.m., and it was back up at 5 this morning. Once we hit summer solstice in June, we will have just over four hours of “night”, but even then the dark isn’t really dark. It’s a kind of long twilight. 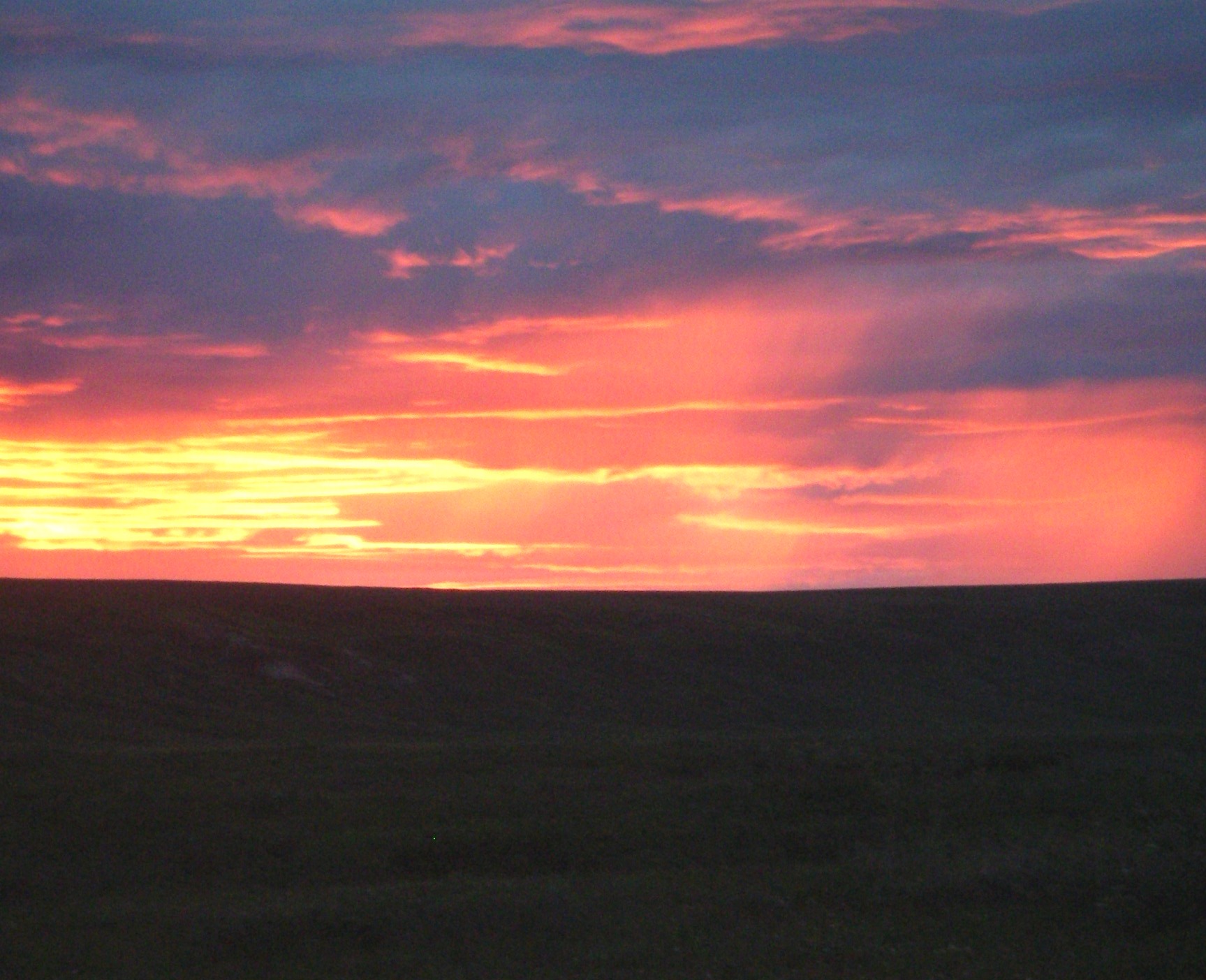 A midnight sunset on Alaska's Arctic slope during a caribou hunting trip.

This drives some people nuts. In the summers, they have to darken their rooms with blanket-style curtains and still the chirping of songbirds at midnight keeps them awake. Then, when the black nights of winter return, some find it gloomy and depressing.

But I love the extremes of this place. It might help that I grew up here. I do sleep less in the summer. This time of year, we find ourselves working on projects until 9 at night without realizing the hour. Once summer is in full swing, we’ll be weeding the garden at 10 p.m. and letting the kids run around in the yard until 11. The next morning, we won’t be as tired as we should. Partly because it will be light well before we crack open our eyes.

Summer in Alaska is a time to go, go, go. Some days we will rise at 4 a.m. to go king salmon fishing, sipping coffee in the pickup truck as we tow the boat to the landing. Other nights we’ll drink homebrew and play bocce ball on a neighbor’s lawn until midnight. I push away the fatigue, knowing that once winter comes, I’ll have plenty of time to sleep.

One summer when my husband and I were back home from college, he stayed up all night helping a friend bring in his hay crop. I remember standing in the field at 3 a.m., robins calling from the trees, the sky that tender, pale blue. I knew I was home.

In Alaska this week, breakup arrived in full force. For people who live Outside (as in “not in Alaska”), breakup is our equivalent of spring. Don’t picture crocuses, cherry blossoms, and a gentle, warm breeze. Instead think mud, slush, rain mixed with snow, the first hatch of mosquitoes, and huge blocks of ice floating down the rivers.

While it might sound like a great way to kick off the weekend, hitching a ride on one of those giant ice cubes could apparently land you in jail.

And for the gambling types, you missed your chance to bet on when the ice would go out on the Tanana River. The winners took home thousands of dollars … from the losers.

Through a more pastoral lens, breakup also brings millions of migratory birds back home to Alaska, because of course this is home. Sandhill cranes, snow geese, mallard ducks, and many other species are gathering in local farmers’ fields. And soon, the breeding pair of swans will return to our nearby lake.

In bookish news, I confess that over the past couple of years I have become somewhat of a blog hound. Here are some of my favorite finds:

I was recently invited to a dinner in Manhattan with some other authors. It’s not very sophisticated or progressive of me, but one of my first thoughts – after “Yippeee!” and “Really? I get to go?” – was “Oh, no. What am I going to wear?”

I have come to discover that the rest of the world does not dress in rubber boots, holey corduroys, and fleece jackets, at least not all the time. Here in Alaska, at the opera you’re as likely to see blue jeans and Carhartts as gowns and tuxedos. Alaskans are known to be a lot of things, but fashionable rarely tops the list.

My obsession with choosing something to wear began to keep me up at night. A fellow Alaskan advised me to look at it as if I were traveling to an exotic country. I should research the culture and customs. So I asked some Manhattan regulars – my editor and publicist. I was advised that the dinner wouldn’t be an excessively dressy event. So my first thought was out … 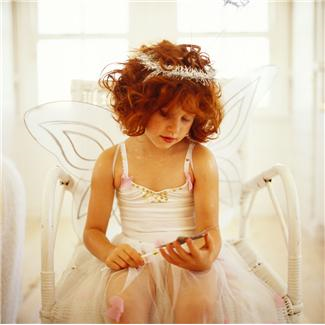 I’ve also been told that while people may be charmed by a little bit of “rustic Alaska,” I should make sure to not dress like a hick. I’m assuming that means no fishing/hunting gear … 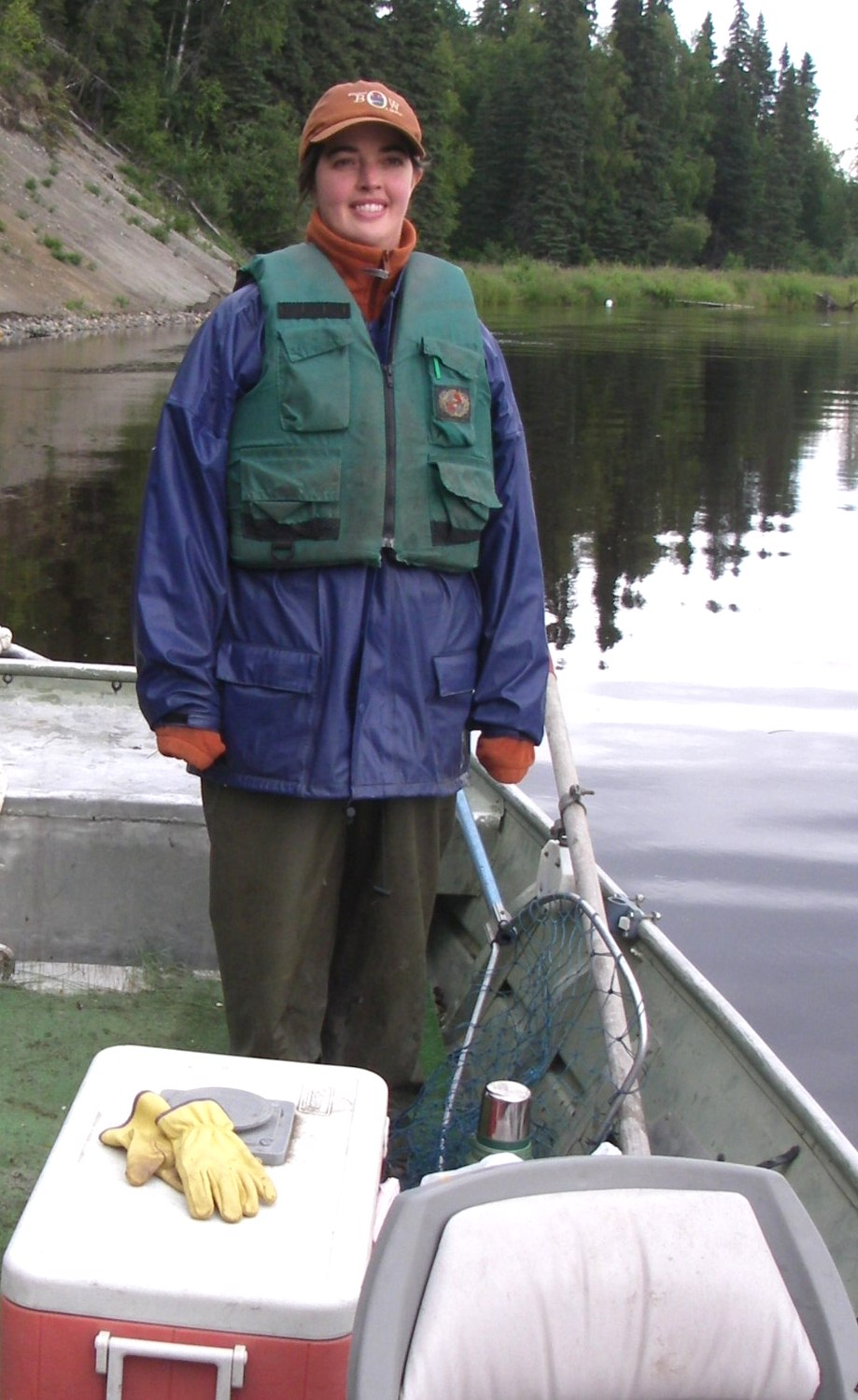 … which is too bad, because lifejackets and rain gear are so slimming on me, and leather work gloves are always an elegant accessory.

But I was completely at wit’s end when my publicist begged me to please leave the moose hat at home. Darn! 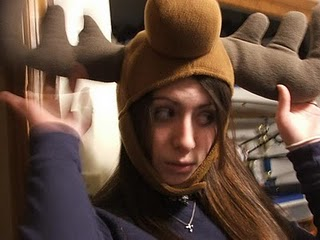 (This photo is actually from a blog called Heinous Hats. Who knew?)

But, seriously, I want to have some pizazz, to show people that Alaskans are creative, fun-loving people. So, taking all of this into consideration, I think I’ve finally settled on a look … 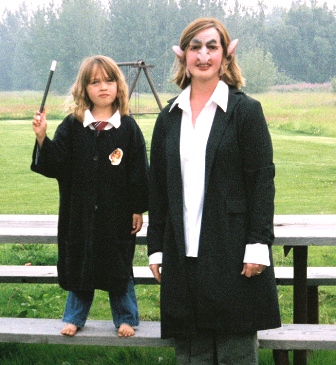 I just read BLOOD, BONES & BUTTER by Gabrielle Hamilton, a chef who has a restaurant in New York City. I don’t read a lot of memoirs, but it seems that when I do, they are often of the chef variety. I loved Julia Child’s MY LIFE IN FRANCE, but BLOOD, BONES & BUTTER offers a very different, gritty and unsentimental view.

One of my favorite scenes in Hamilton’s book is when she tells of her father’s annual lamb roast. She describes the night as being filled with fireflies and laughter, and the lamb meat being roasted with olive oil, crushed rosemary and garlic. It called to my mind a somewhat similar gathering from my own childhood. Except we weren’t in Pennsylvania, but rather Alaska, and our meat du jour was not lamb. 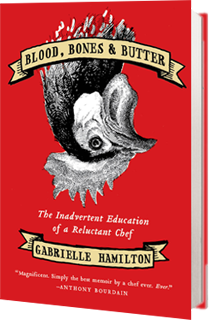 One summer when I was about 6 or 7 years old, a black bear prowled our neighborhood. We lived along a gravel road in an area many people would call rural, but by Alaskan standards was nearly the suburbs. The bear was spotted by several people up and down the road, so my dad went on foot in search of it. In the middle of the day, I stepped out on the porch to see a lanky, dark animal dart past. I thought it was a dog, but my mom said it was the bear. Later that same day, my dad shot the bear out of a tree.

That night, everyone gathered around a campfire and ate roasted bear meat. It was an Alaskan summer, so never truly dark. The sky was the faded blue of twilight, but the forest around the houses was shadowy. I remember swinging in a hammock, just outside of the campfire light, and eating a hunk of roasted bear meat sandwiched in a dinner roll. The meat was warm, scented with wood smoke, and slathered in barbeque sauce. It had a coarser texture that beef, but was tender in my mouth. I remember thinking it was the best thing I had ever tasted in my life.

The adults stood at the fire, drinking and talking. I finished my bear meat, and then lay back in the hammock to look up through the spruce boughs. I was at the cool night’s edge of fire light and darkness, safety and danger. It is an exhilarating memory, and one that is intertwined with the taste and smell of that bear meat.

They say that scent is one of the strongest triggers of memory. But I think taste, too, can be incredibly evocative.

I’d love to hear about your food memories.

I was initially a little scared to launch my own blog. What on earth would I write about? Who would read it? But then I was lucky enough to write a few posts for one of my favorite sites, 49Writers.  I talked about great books I had read and my writing partnership with my mom. Readers commented about their own experiences.  This isn’t so bad, I thought. It’s actually kind of fun.

Then I thought back to my years writing columns for the Frontiersman newspaper — articles about ice skating on frozen lakes and the long-awaited arrival of spring in the far north. A blog would be a chance to share these kinds of stories with neighbors even farther afield. I’ll write about the terrific independent bookstore, Fireside Books where I work, and my passion for books. I’ll also write about the everyday aspects of an Alaskan lifestyle that people from other places might find interesting, or ever exotic.

This will be a place for a few good, old-fashioned bear stories (every Alaskan has one or two) … 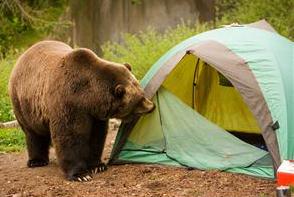 … as well as updates on the release of my upcoming book. My debut novel, THE SNOW CHILD, will be published in hardcover Feb. 1 by Reagan Arthur Books/Little, Brown & Co. 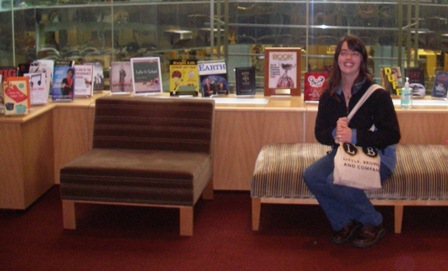 These next few months will be an all new adventure for me, so please come along. We’ll see where we end up. As my dad once said to me, “It’s time to kick off the Birkenstocks and put on the hiking boots.”