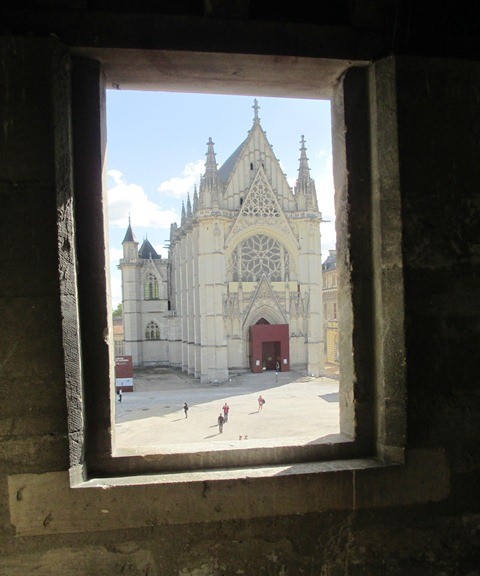 Bonjour mes amis! We have arrived in Vincennes, France, on the outskirts of Paris. During the next few days, I’ll be participating in the Festival America, including several panels and workshops. But for now, I’ve been taking in the sights, sounds … and delicious food … of France.

I just had a lovely lunch with Deborah and Alexandra with my French publisher, Fleuve Noir. Fortunately they both speak English beautifully, so we were able to talk about, well, books!

Earlier today, my family and I visited nearby Vincennes Castle, where I took the postcard photo.  What a fascinating history! It was built in the 1300s and has housed monarchs such as Charles V and prisoners such as the Marquis de Sade.

Last night, Grace and I ate our first escargot. I’m sure all that butter and garlic didn’t hurt, but we thought they were “très délicieux!”