Home / Letters From Alaska / Glasgow to London, then home 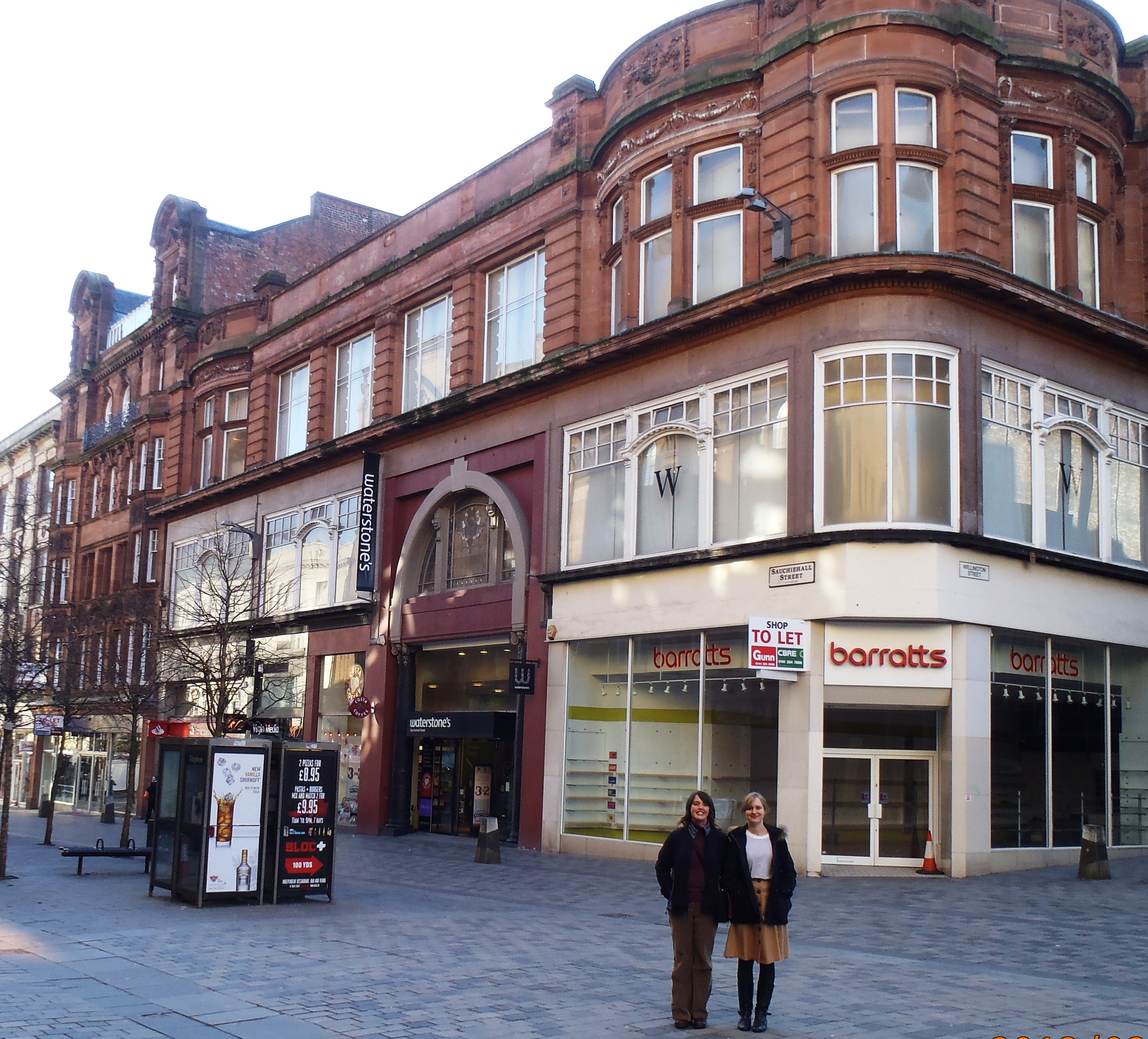 Near a Waterstones bookstore in Glasgow, Scotland, with UK publicist Samantha Eades, right.

In my last letter, I left us in Glasgow, Scotland, with snow flurries out the window and a suitcase full of books.

Sam and I rose early Sunday morning and headed down to the hotel restaurant for breakfast. We were met by the publicist Samantha and Thomas Quinn of The Big Issue and his wife. As we sipped on our coffee and tea, Thomas interviewed me and Sam about The Snow Child and our lives in Alaska. The Big Issue is a fascinating, quality publication with a special aim — to help the homeless. 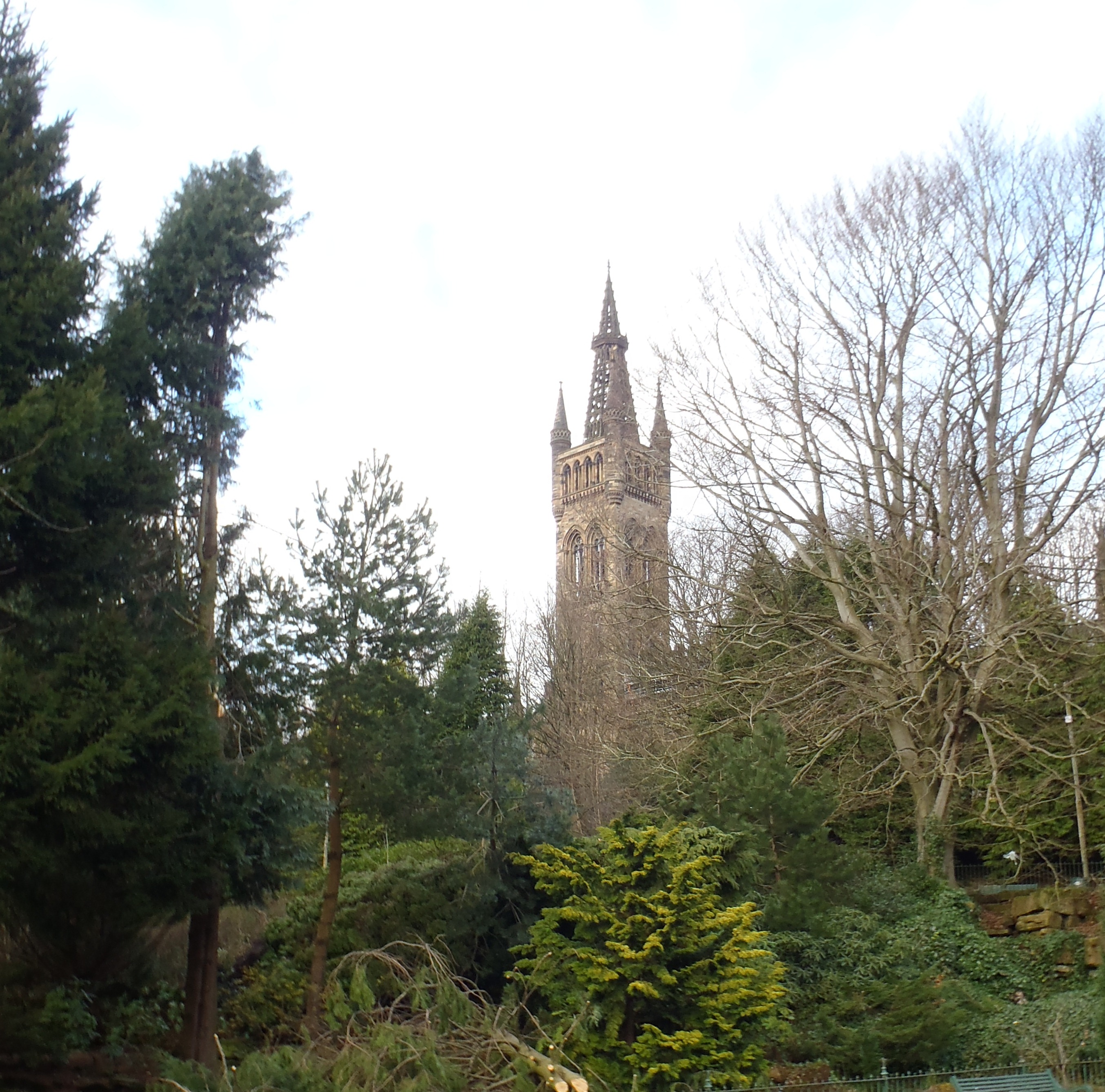 Taking in the view of Kelvingrove Park in Glasgow, Scotland.

After the breakfast interview, Samantha, Sam and I set out on the streets of Glasgow to visit Waterstones bookstores on Sauchiehall Street and Argyll Street so I could sign copies of my book.

Glasgow is a city of contrasts — ornate stone buildings beside modern squares of concrete, an icy wind through the streets and the warm welcome of the locals. For the first time on the trip, Sam and I had an hour to explore and visit shops. I found a locally woven cashmere scarf for myself, as well as some gifts for the neighbors who were taking care of things for us back home.

But our lunch would give us a true picture of this city. Gillian, who works for my UK publisher in Glasgow, invited Sam, Samantha and me to her flat for lunch. We were greeted by her two cats and the fragrance of homemade leek soup. Gillian’s partner, Graham, and several friends soon came through the door after a morning tennis match.

We spent the next hour enjoying warm soup, delicious cheeses, homemade scones, clotted cream, bramble jam, and easy conversation. We talked about Scotland and Alaska — they found our town on Google Maps and even got a street view of the bookstore where I work. I discovered from the 12- and 9-year-old girls that they must wear uniforms to school, and they made no attempt to hide their envy that my own daughters don’t, and can even wear “trainers” to school. 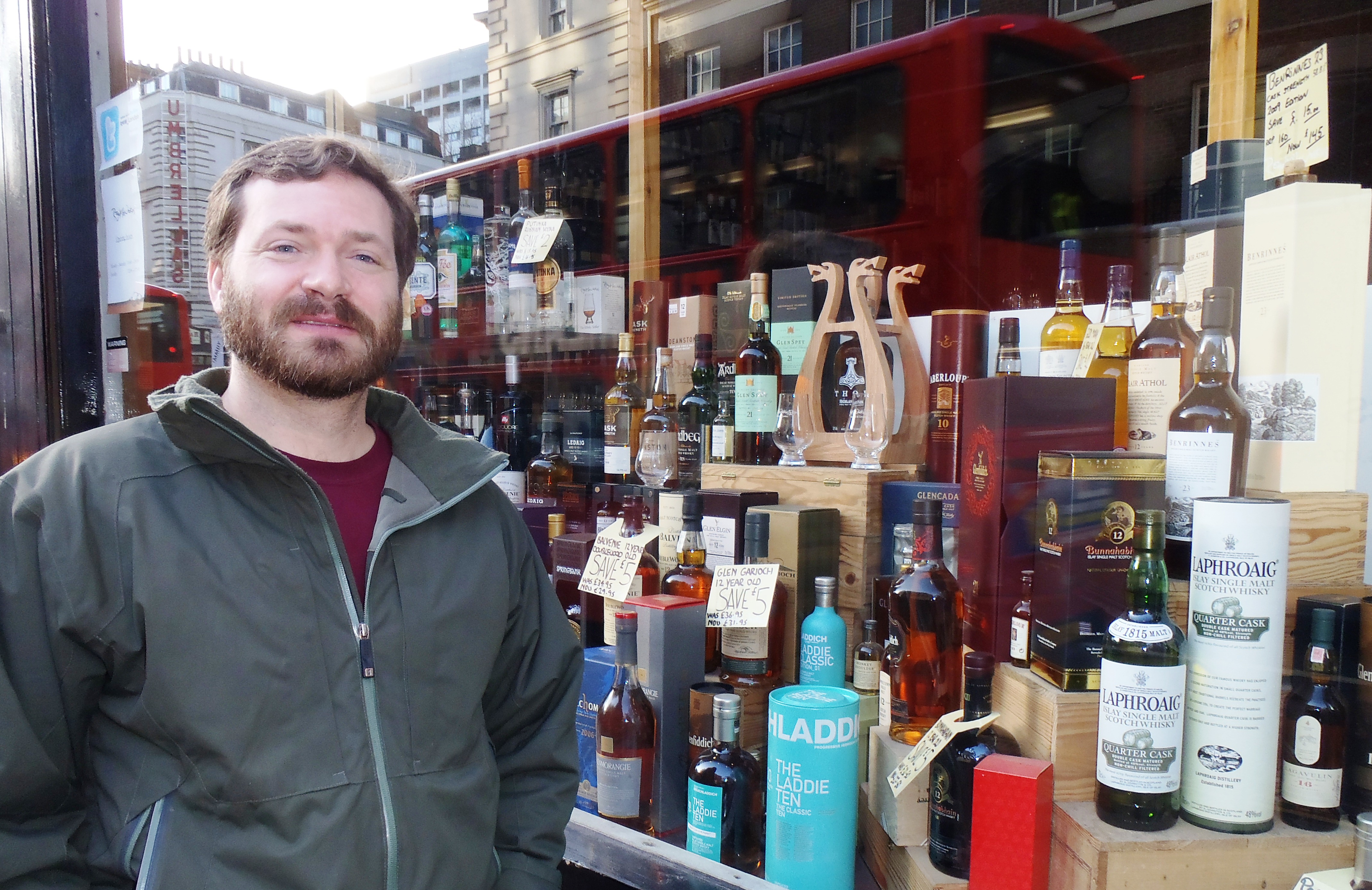 My husband Sam, whiskey shopping in the UK.

After lunch, we went for a stroll around the neighborhood. We hiked up a wooded hill, along a creek, and took in the views of Kelvingrove Park.

On the return trip, we stopped by Gillian and Graham’s favorite neighborhood pub for a “wee dram” of whiskey. Since they all taste the same to me — a bit like paint thinner — I opted for a glass of sparkling water. But Sam and everyone else enjoyed the warming effect of their drinks.

And then we had to say goodbye to these welcoming people, and to Scotland. But not before Sam could buy two bottles of fine Scotch whiskey to bring home to Alaska.

We caught our flight back to London with just enough time for me and Sam to dash to a nearby Thai restaurant for dinner. We had to be back to our hotel room by 9 p.m. for a telephone interview that proved well worth the rush.

Gavin Pugh and Simon Savidge co-host a delightful podcast about books called The Readers. They interviewed me in tandem, asking insightful questions about my book, my relationship to fairy tales, and my characters. It was one of the most enjoyable interviews of my journey.

That night, Sam and I spent our last sleep in the UK. But the adventure wasn’t over just yet.

We rose early the next morning, packed our suitcases full of whiskey and books (this had been a good trip for both of us!) Then, arms loaded with luggage, we caught a taxi to the BBC Western House where we met once more with Samantha. At 10 a.m., I enjoyed a last, fond memory of Scotland, as I was interviewed by the wonderful BBC Scotland The Book Cafe.

Then we darted around the corner to the studio for BBC’s Radio 4 Woman’s Hour.

It was my last interview of my whirlwind UK adventure. And perhaps my most prestigious. Women such as Diane Keaton, Kirsten Dunst, and Joan Collins have been on the show. And I would later learn that the other guest being interviewed for today’s show beside me was the folk singer Joan Baez.

But somehow I didn’t feel nervous  — Jane Garvey is clearly a skilled interviewer. She had read my book, and has some great questions about the story and my life in Alaska.

My last interview wrapped up, we met outside the BBC building with Samantha. I was sad to say goodbye to her. We hugged, and I told her she should come with me back to Alaska. We could hang out, and I would never be late for an appointment.

The taxi to the airport was waiting, however, so we waved to Samantha out the window and said goodbye to the UK.

After Sam and I found our seats on the British Airways flight, I cracked open The Great Escape by UK novelist Fiona Gibson. Within the first page, I was chuckling out loud. This would certainly make the long trip home go faster.