One of the perks of attending the recent PNBA book conference in Portland was discovering some great new books. As I met fellow authors and walked the trade show floor, I found all kinds of wonderful new titles. There are more than I could possibly list here, literally dozens and dozens, but I do want to draw your attention to a few that I’m particularly excited about. 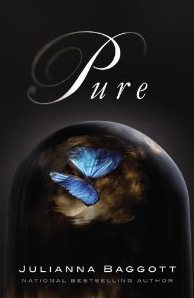 Pure, by Julianna Baggot, comes out in February. It is a post-apocalyptic, coming-of-age novel that has been described as extraordinary, startling, and addictive. I am only 50 pages or so into it, and am entirely consumed by the world and characters. This is the first of a trilogy, and I am sure it is going to be a hit with both young adults and adults.

Here is a description from Goodreads.com: “Pressia barely remembers the Detonations or much about life during the Before. In her sleeping cabinet behind the rubble of an old barbershop where she lives with her grandfather, she thinks about what is lost-how the world went from amusement parks, movie theaters, birthday parties, fathers and mothers . . . to ash and dust, scars, permanent burns, and fused, damaged bodies. And now, at an age when everyone is required to turn themselves over to the militia to either be trained as a soldier or, if they are too damaged and weak, to be used as live targets, Pressia can no longer pretend to be small. Pressia is on the run.” 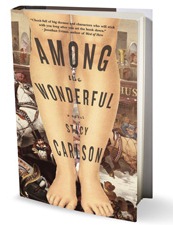 Among the Wonderful, by Stacy Carlson, came out in hardcover in August, and is next in my stack to read. The novel is set in 1840s Manhattan and explores the extraordinary, curious museum of P.T. Barnum as seen through the eyes of the two main characters — a giantess and a taxidermist. It sounds fascinating!

Publishers Weekly wrote, “The acrobats, bearded lady, Australian tribesman, Native Americans, and myriad of bizarre animals offer a constant source of fascination and surprise, and while Carlson rightfully revels in the oddities and curiosities, she also creates emotionally resonant characters who, despite being freakishly tall or joined at the hip, are driven by desires, fears, and that familiar need for human connection.” And the Library Journal described it as “Intelligent, engrossing and utterly unique.” 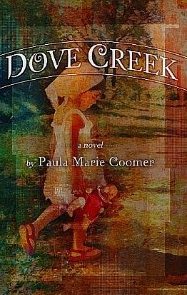 Dove Creek, by Paula Marie Coomer is available in paperback. I missed my chance to get an autographed copy of this novel, but fortunately the Washington author offered to mail me one. I’m looking forward to its arrival in my post office box. It has been described as “wise, eloquent, fiercely honest” as well as “lyrical in its language, vivid in its detail, important in its observations.”

The novel tells the story of a woman venturing from her home in Kentucky to an Indian reservation in the Pacific Northwest. “She finds a new life as a much-loved healer–a blonde, female, hillbilly shaman whose self-destruction and dogged perseverance come together in a novel of intimacy that crosses the boundaries of culture and time,” according to the book description. 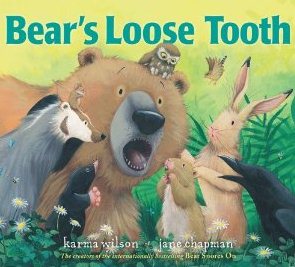 Bear’s Loose Tooth, by Karma Wilson and Jane Chapman, is a picture book just out in hardcover. Author Karma Wilson was a table away from me at the dinner where we were presenting to booksellers, but it was only after I left Portland that I realized she was the author of one my daughter’s very favorite books — Bear Snores On. Her  books have great rhythm and rhyme, making them a lot of fun to read out loud, and the illustrations are wonderful.

In this newest in the series: “Bear and his friends are munching on their lunch, when all of sudden…Bear feels something wiggling and wobbling in his mouth. Oh, no! What can it be? It’s Bear’s first loose tooth!” 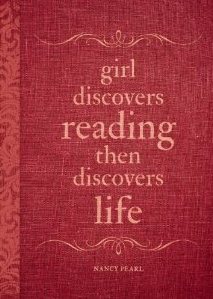 Girl Discovers Reading Then Discovers Life, a journal from Nancy Pearl. I really don’t need another journal. I have dozens of half-filled writing journals scattered around my home and office, but who can resist a reading journal from book-lover extraordinaire Nancy Pearl? The journal has lined, blank pages with occasional mentions of some of Pearl’s “Life-Changing Books,” like Toni Morrison’s Jazz and Rachel Carson’s Silent Spring.
For those who haven’t discovered her yet, Nancy Pearl is a Seattle librarian who has written books on books, including Book Lust. She is regular contributor to NPR and an advocate for literacy, books, and libraries. Inspired by her love of books, I’m hoping to use her journal to keep a record of what I read. I say “hoping” because I’ve tried to do this before and have never been successful. Try, try again?
How about you? Have you read anything lately that you’re really excited about? Or are you looking forward to the release of any books?
Cheers!
Eowyn